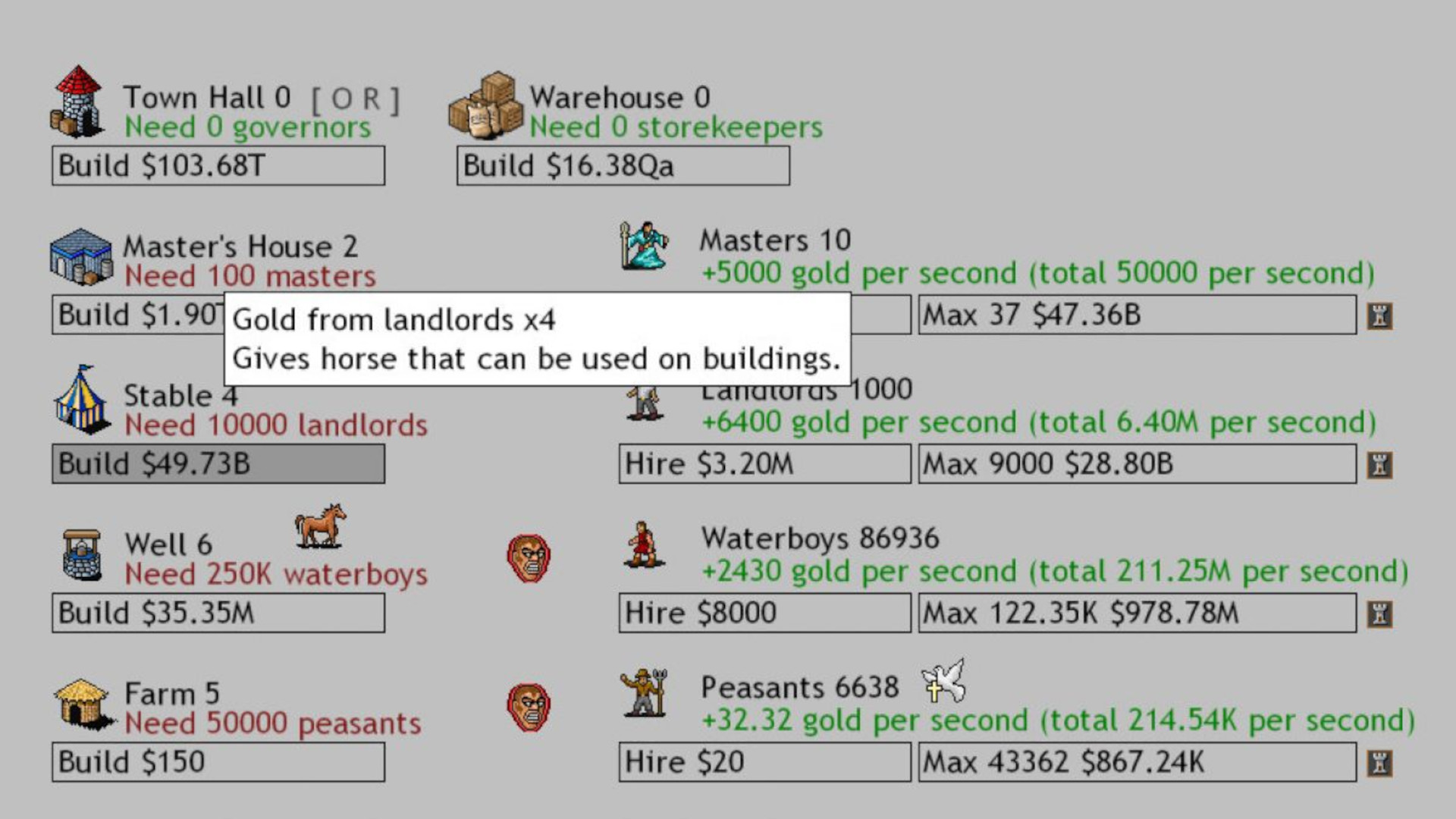 Realm Revolutions is a minimalist clicker that is a descendant of arm Simulator and Realm Grinder. At first glance, this is a typical casual game, of which there are a lot on mobile devices or social media. Nevertheless, revolutionary themes make Realm Revolutions much more engaging and interesting than other idle games.

Realm Revolutions has very simple and easy gameplay. Despite this, the visual style can initially frighten users away as they see nothing on the screen but a menu with numbers and icons, buildings, resources, and units, as was the case in the 1990 text strategy games. All you have to do is build houses, hire citizens, extract resources, and prepare for the inevitable revolution, after which the passage will be restarted with new starting conditions.

From how much development you make for the kingdom, game progress will improve. For example, you get a chance to get new types of buildings, magic, livestock, monsters, and new races. The success of the urban revolution will influence and facilitate the starting conditions for the subsequent game.